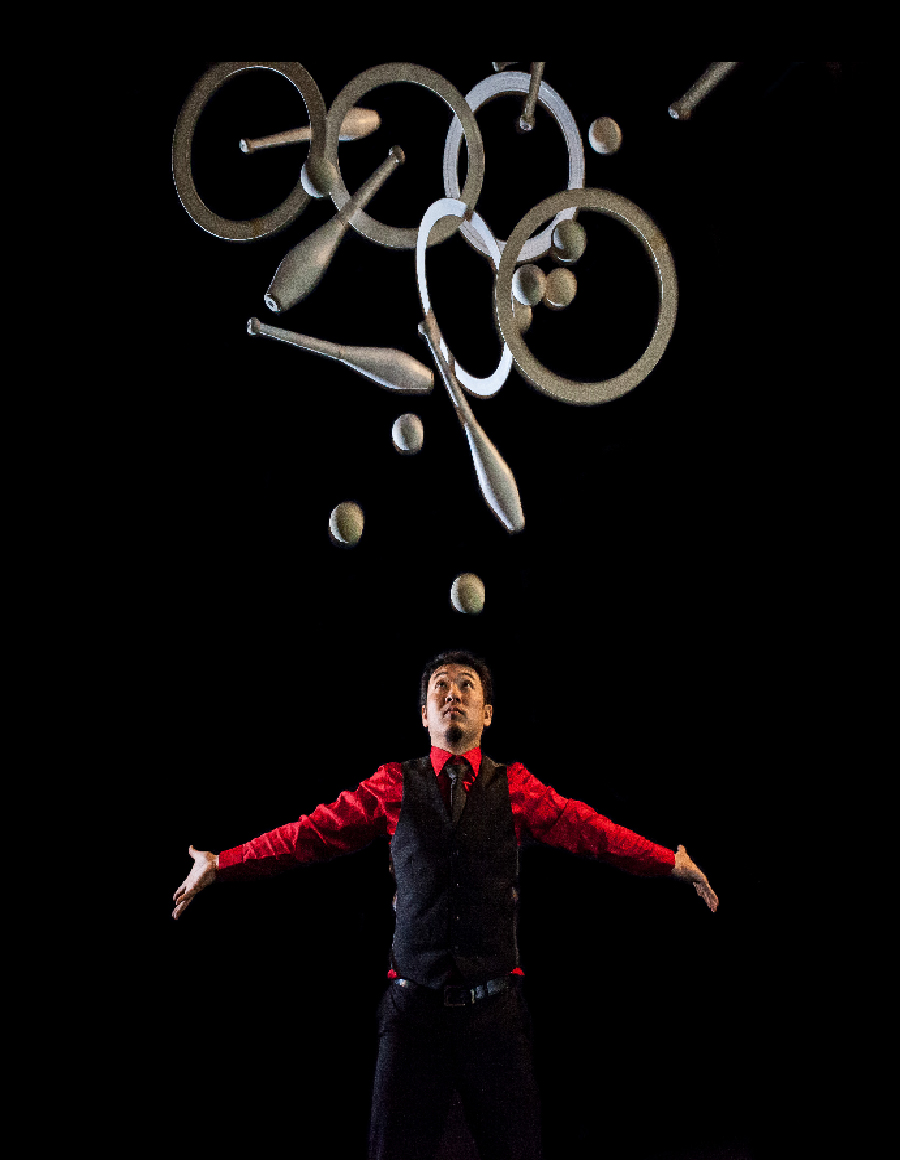 Yuki “The Funky Yukalator” Ueda is a professional circus artist based in Vancouver, Canada. As a performer, Ueda has been invited to multiple circus and juggling festivals around the globe to share his art form. Some of his achievements as a jugglers are winning the East Japan Juggling Jam Session 2013 in Tokyo, Japan and the CanSpin Canadian Juggler of the Year Award in 2015 and in 2019. In 2016, he was invited to join the panel of judges at Rad Factor Juggling Festival in Japan for the freestyle juggling competition. His company, Cause & Effect Circus has produced the multiple award winning show, The New Conformity and are currently continuing to research ideas for a new production. Alongside his performance, Ueda has been a big part of the juggling community. He co-founded the annual juggling festival in Vancouver called Madskillz Vancouver and also served some time on the board of International Juggling Association.