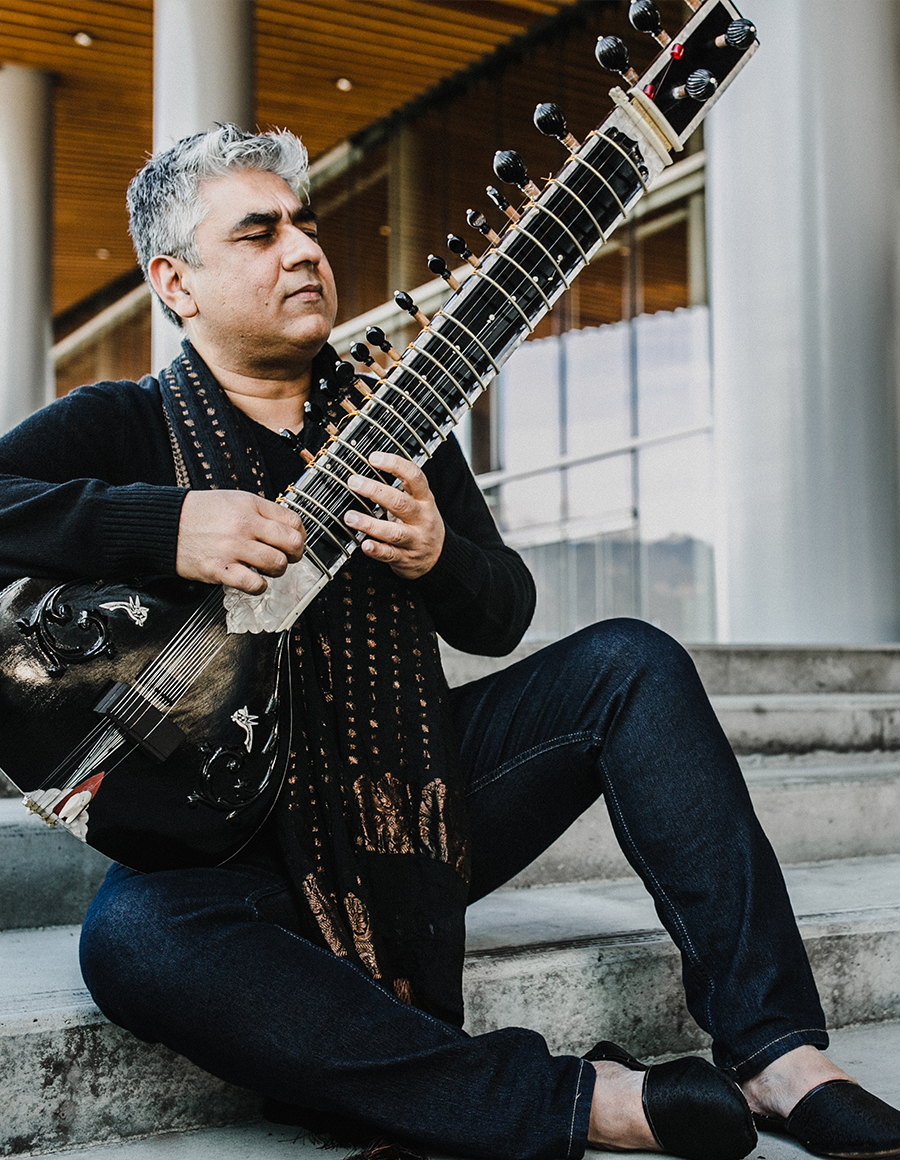 Mohamed Assani is an award-winning sitarist and composer, known for being a proactive ambassador for his rich musical tradition. He has brought the sitar to new audiences across the globe through innovative collaborations that have stretched the boundaries of his instrument. Career highlights include co-writing a sitar concerto that was performed by the Vancouver Symphony Orchestra, performing his music for his Royal Highness the Aga Khan, and being invited to teach at London’s prestigious Royal Academy of Music.

According to the Georgia Straight, “Assani is deeply rooted in the artistic traditions of South Asia and a one-of-a-kind innovator.”