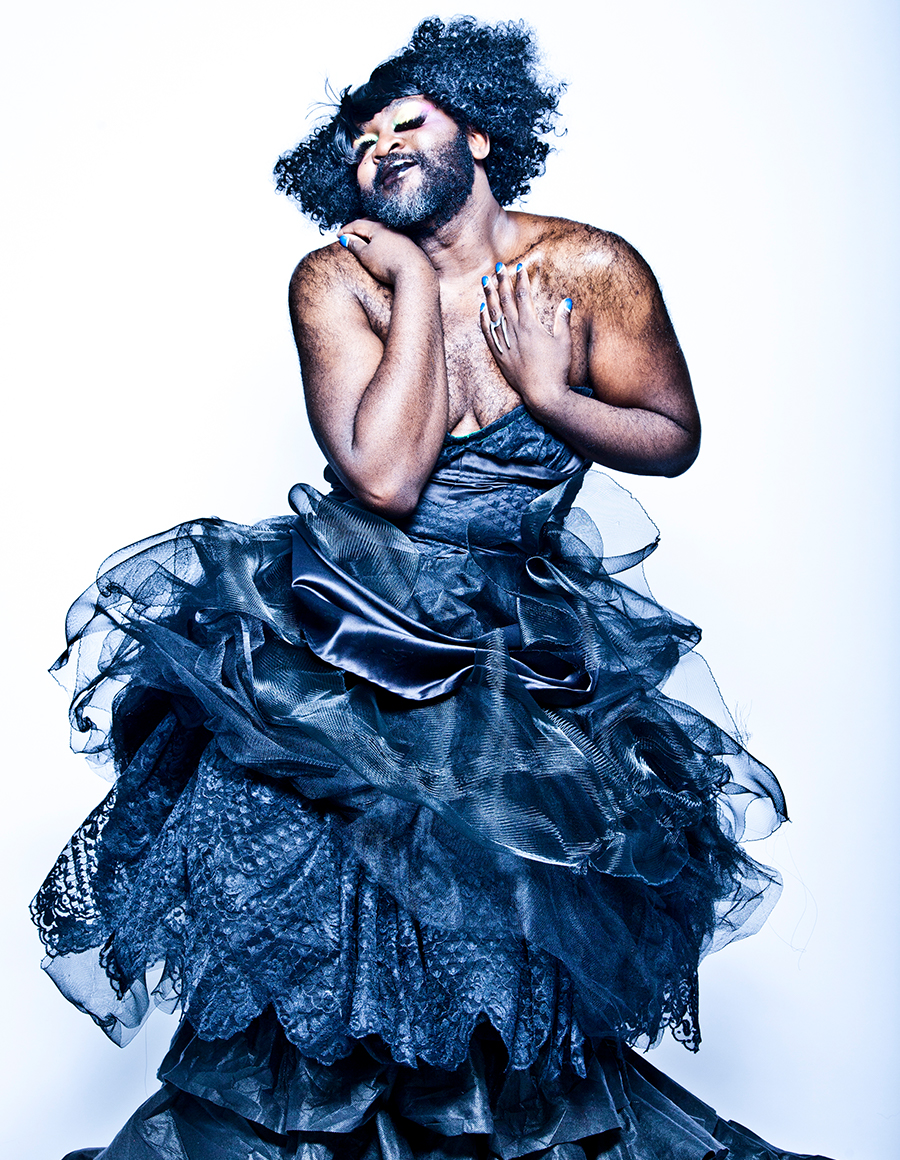 Le Gateau Chocolat’s work extends beyond the world of drag performance – he also has a busy career in the field of contemporary opera and performance.

Le Gateau Chocolat’s work as a solo artist began in 2011 when he debuted his first solo show in Adelaide Fringe which then went on to tour the world as part of different festivals, including Edinburgh Fringe and a subsequent run at Menier Chocolate Factory London, Wroclaw in Poland, Christchurch, Auckland, Melbourne, and Sydney Opera House.

Since then he has worked with an Olivier Award winning circus (La Clique/La Soiree) and alongside contemporary composers – specifically Julian Philips (Varjak Paw, ROH), Jonathan Dove (Tobias and The Angel, Young Vic), Jocelyn Pook (Ingerland, ROH) and Orlando Gough a collaborator on Black (Imago, Glyndebourne.) He has sung at Wigmore Hall and with Basement Jaxx at The Barbican.

Three subsequent solo shows have been made since the first; I heart Chocolat (Royal Albert Hall), In drag (A Royal Festival hall commission for the Purcell Room), and most recently Black (a Homotopia Festival commission which has played Liverpool and London’s Soho Theatre).

Most recently, he joined the cast of Porgy and Bess at Regents Park Opera directed by Tim Sheader. He also sang as part of the flotilla for the Queen’s Jubilee, again working with composer Orlando Gough. Other credits include: Balladeer/Pastor Kimble in Threepenny Opera (National Theatre), The Bear/The Proposal (Young Vic), Feste in Emma Rice’s final visionary production of Twelfth Night (The Globe), Uncle/ The Duke in Tom Waits’ The Black Rider (Malthouse and Victorian Opera, Melbourne). Effigies of Wickedness: Songs banned by the Nazis (The Gate Theatre and English National Opera).